Every designer is a freakin’ UX designer

So this has been a pet-peeve of mine for about a decade. I remember working in design studios early on in my career before there was even the use of the acronyms UX for User Experience (ugh, even the acronym annoys me) or UI for User Interface design. You had web designers or graphic designers and that was basically it. I vividly remember a colleague talking about the need for a new role that was emerging call Web Architects who plan how a website works and flows from a high-level, and I remember thinking, but that’s just one piece of it? How could that be a full-time job? Then we had the whole web 2.0 buzzword bonanza which was everywhere and around this time UX and UI design started to become a thing. But much more than buzz words, they became a career or job title and all the way through I just remember shaking my head thinking - but that's only part of a job? Why splinter off these core pieces?

I understand the value of UI and UX design—they are different disciplines, but it seemed weird to me to break them apart because they are both fundamental parts of a design process. What you interact with and what it actually does. Form and function. Style and substance. But you really shouldn’t just do one, without understanding and respecting the other. It can too often be treated as linear steps in a process.  Like factory workers where one person just does one thing like putting a lid on a bottle and then the next person puts the bottle in a box. I don't want to just put a bottle in a box. Good design and designers, think about the user experience in every single stage of the production. I think about how the user interacts with a website or a product or even printed collateral from concept to delivery. I am designing the experience and the interface no matter the application and they are not mutually exclusive. Every designer is a UX designer—well, every GOOD good designer is a UX designer.

“Yes but UX designers do much more than this!!!” I hear you cry,” they have, like, PhDs in human computer blah blah blah...”  I will concede that in some cases, you need someone that is 100% specialized in analysing focus groups and doing user testing and waxing poetic on the theory behind how customers will engage with a yet to be produced product. But, in my real world experience MOST of the time, that is not required. The process can be done with the same people and in somewhat parallel to all other parts of the process. Saving time, money and frankly iterating quicker to deliver a better product.

You should be able to do enough work gathering research, feedback and ideas at the wireframe, concepting or storyboarding stage to then design the full website, video, event booth or presentation. In my mind the same person doing all of this will produce a much better design. The auteur method of filmmaking if you will--but with less pretension.  A person who spent the time thinking through all of the different elements--who then uses this knowledge to inform the visual design--will be a better designer and produce a better product.

I would much rather work with a team of designers who understand the concepts and importance of UX design, but can still produce a product through to deployment, than having a dedicated UX Team who have months go by working on the user experience with not much to show in real world usefulness. I am sure the research will be amazing and worthy of writing an article or even a study about, but while we are all congratulating each other on these insights, the product doesn't get built for another six-months while the UI designers are waiting to put that damn bottle in a box. 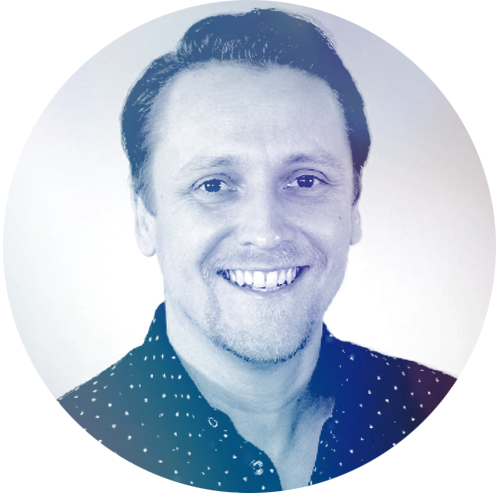 We know what works

Think Beyond the Webinar

Think about every digital channel. You don't need to fill the event gaps with virtual events. You have so many incredible ways to connect with people digitally that recreating an event is not the only way.

Thinking of hiring an in-house designer? Read this first...

As a designer with significant experience working in-house, I know how big of a challenge it can be to find, hire, and nurture the right creative talent. During my 15 year career as an in-house designer, I built two in-house creative teams from scratch and experienced this first hand.

In part one of Let’s Make an Ad, we looked at what actually goes into creating an HTML5 ad unit and some of the many options out there. I today’s post, I have done a screen capture showing how to make a simple. animated HTML5 ad in Google Web Designer. This will hopefully show people unfamiliar with the process what it actually takes to make an ad!

Thank you! Your submission has been received!
Oops! Something went wrong while submitting the form.

Think Beyond the Webinar

Think about every digital channel. You don't need to fill the event gaps with virtual events. You have so many incredible ways to connect with people digitally that recreating an event is not the only way.